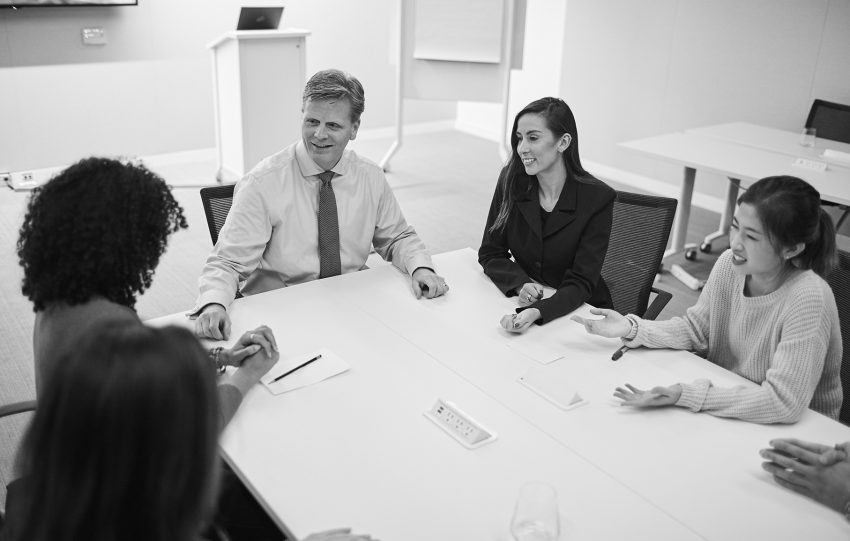 Dale Carnegie was no stranger to the concept of breeding success from failure. In fact, it’s a principle still shared with students today. He said that failure is not meant to stop you, but rather, failure is there to help you go further. Therefore you must learn how to use said failure as a stepping stone on your path to success.

It is inevitable that on any journey to achieving what you want in life you will face rejections, failures, and discouragements — what matters is whether you concede or muster the resilience to push through and learn from them. Many people fail to achieve their goals because they surrender when they face difficulties. Your ability to bounce back after being knocked down by life will determine how fast you grow and how successful you will become.

Now, none of this is to say that failing is fun or that you are going to enjoy failing, but when you can allow yourself to see past the failure, that is where the “fun” will begin.

“The successful man will profit from his mistakes and try again in a different way.” -Dale Carnegie

There are takeaway wins that come from failing along the way. If you look back at how you got to where you are, you might even recognize a few of these:

You Learn How to Choose a Job You Love:

If you are merely doing a job because of the title you hold or the money it will bring, but you don’t enjoy it, the “success” will be short-lived and the burnout quick.

You have to love what you do; otherwise, you will not dedicate the time, energy, or effort necessary to grow and succeed. Instead of giving up when things aren’t easy if you truly enjoy what you are doing, you will find another way — you will go the distance.

“People rarely succeed unless they have fun in what they are doing.” -Dale Carnegie

You Learn the Importance of Setting Goals:

Failure often comes from going too big instead of going home. The excitement of putting plans into motion blinds us from seeing the big picture. When you are too busy just trying to get everything done, you are setting the tone for failure.

When trying to launch any idea off of the ground it is important to have a plan. Setting goals is the best way to ensure that you are doing your best to reach success. Also, setting goals allows you to see where you might be lacking.

There is no foolproof plan to avoid failure. But you can take steps to ensure that you are not setting yourself up for failure.

You Learn That Not Every Great Idea Will be Successful:

Your idea may seem like a no-brainer, but that does not always mean the market will agree. While it is important to expect that your ideas will succeed, it is equally important to learn from the ideas that failed.

Just because some of your ideas have not been the success you had hoped for does not mean that all of your ideas will fail — it just means that you need to take a new approach. Take a step back and give yourself a moment to take it all in before deconstructing why your idea failed. When you can separate yourself from the defeated feeling that follows failure, you can see your mistakes with fresh eyes, thereby developing a better understanding of how to succeed next time.

You Learn to be Persistent:

Think of all of the great leaders you know. Now, what is the definitive common thread they all share? They aren’t afraid to go after what they want — even if they fail.

Every great leader knows that failure is not an option, it is a given. Some may fail more than others — but they never give up. To get anywhere in this life you must be persistent. You should not count the number of times you get knocked down, instead, count how many times you pick yourself up, dust yourself off, and continue going for what you want. In the words of Vince Lombardi, “The only time success comes before work is in the dictionary.” The work you put into overcoming failure is what makes the taste of success that much sweeter.

“Most of the important things in the world have been accomplished by people who have kept on trying when there seemed to be no hope at all.” -Dale Carnegie

You Learn to Look at Failure as Feedback:

Every failure holds beneficial information, and having a growth mindset helps you to look at failure as a learning process.

Instead of bragging about success, brag about the failures that got you there. You might be asking: Why would anyone brag about failing? Because it is a way to teach others. The people around you, trying to get to their next level, want to hear about your failures — they are inspirational. Using failure as feedback sets a new path for moving forward, so why not share that feedback with those around you to help them learn? Sharing failure won’t keep others from failing, but it can help them to keep going when failure seems ominous.

“Develop success from failures. Discouragement and failure are two of the surest stepping stones to success.” -Dale Carnegie