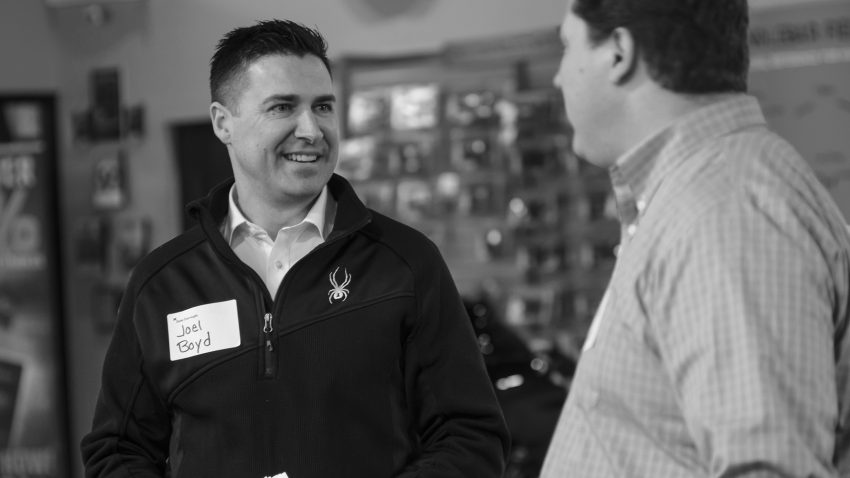 When you want to grab someone’s attention, the best way to do so is by engaging them in conversation on a topic of their interest. Thanks to the internet and social media, it is easier than ever to learn about a person’s favourite sports team, hobby, or travel destination. From there you’re just a quick Google search away from enough information to start a conversation that can last for hours.

This concept isn’t a 21st century invention, however much modern technology may have simplified it. In 1936 Dale Carnegie wrote about a number of people who used exactly this approach as a business tactic, including Henry G. Duvernoy of Duvernoy and Sons, a wholesale bakery in New York.

Mr. Duvernoy spent four years trying to sell his bread to a local hotel, and in that time he tried everything he could think of to convince the manager to purchase from him. He paid weekly calls on the manager, attended the same social functions as he, and took out rooms in the hotel – but nothing worked.

Eventually Mr. Duvernoy decided to study human relations in an attempt to increase his sales. By doing so, he learned the importance of appealing to the other party’s interests, and determined that he would learn what mattered most to this hotel manager. Through research he discovered that the manager presided over a society of hotel executives called The Hotel Greeters of America.

On their next encounter, Mr. Duvernoy refrained from mentioning his bread or his business at all. Instead, he talked about The Greeters. The response he received from the hotel manager was unlike any interaction they had had in the previous four years. Where before the man was dismissive and uninterested, now he was upbeat and enthusiastic – as if a switch had been flipped.

Later that week, Mr. Duvernoy received a call inviting him to bring samples and pricing of his bread to the hotel.

“Think of it!” Mr. Duvernoy wrote to Dale Carnegie. “I had been drumming at that man for four years – trying to get his business – and I’d still be drumming at him if I hadn’t finally taken the trouble to find out what he was interested in, and what he enjoyed talking about.”

Take this lesson with you the next time you would like to ask a favour, make a sale, or create a new connection. That short time spent researching the other party may just save you four years of fruitless drumming.

“Talking in terms of the other person’s interests pays off for both parties.” – Dale Carnegie