There is hope for insomniacs and the super stressed thanks to the mental health movement called positive psychology.  Proponents of this movement contend that the stress itself is not the culprit of ill effects such as insomnia, but how people think about it and their resulting reactions.  Dale Carnegie said, “It isn’t what you have or who you are or where you are or what you are doing that makes you happy or unhappy. It is what you think about it.”  Psychiatrist and director of the Pediatric Psychiatric Clinic at the University of Vermont Medical Center, David Rettew, M.D. concurs having stated, “How you think about a situation can drive how you behave, and even how the body responds.” 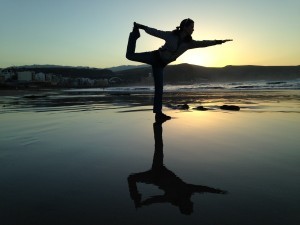 People who suffer from insomnia often lament that they were, “up all night running through every scenario in their heads.”  The universe is full of infinite possibilities and considering all of them will take much longer than one night!  If you choose to worry, you are deliberately increasing stress.  Instead, repeat what your ideal scenario for any situation would be softly to yourself and imagine yourself in the picture of the outcome you have painted.  Focusing on the positive—your preferred outcome will thwart worry and the act of repetition will help you fall asleep.

Instead, stress solo.  Talk a walk alone; do some breathing exercises or take a break with a co-worker without focusing on what’s going wrong.  Allow your mind to recalibrate by doing soothing activities instead of sadistic ones.