The heat was on in Houston on Monday as Villanova played their very best and beat North Carolina to claim their second national championship in the school’s history.  What does it take to consistently win during a grueling three-week period and be crowned NCAA Tournament champions?  Here are the three keys to Villanova’s victory. 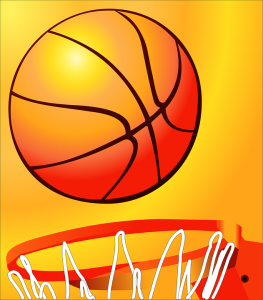 Teamwork– The three most important factors of a team’s cohesiveness are trust, respect and affirmation according to research conducted by Lee University.  The more teammates trust and respect each other, the stronger their bonds and ultimate performance will be.  Villanova’s junior-guard, Kris Jenkins, picked up his fourth foul during the championship game and was forced to sit down during the second half.  Instead of seething while sitting, Jenkins trusted his teammates’ every move as he sat and cheered them on.  Later, with only 2:44 left on the clock, Jenkins rose to the occasion to score some crucial baskets and grab a pair of rebounds.  His buzzer-beating three-point shot secured his team the NCAA national championship.

Dale Carnegie’s 21st Human Relations principle is, ‘Throw down a challenge.’  On the way to the locker room during half time, Jenkins screamed at his teammates, daring them to dig deeper and beat UNC.  As a result, the Wildcats returned with a roar—limiting the Tar Heels’ field goal percentage to 34.3%, a startling 20% reduction from the first half.

Leadership– Villanova’s highly efficient offensive system is orchestrated by one of the best coaches in the country, Jay Wright.  His philosophical approach to basketball has benefited the Wildcats since his first season in 2001.  The walls of the Villanova’s practice facility state, “Attitude.  Defend.  Rebound.  Run.  Execute.”  Anyone can paint inspirational words on walls, however only best-in-class leaders can instill these mantras into their teams.

Top leaders earn their team’s trust which makes managing them much easier—and productive.  For example, Wright has modified the Wildcats’ system based on individual players’ strengths.  During Ryan Arcidiacono’s freshmen year, Wright gave him the green light on every play which is rare for freshmen players.  He saw something special in Arcidiacono and trusted his instincts to let the freshman play to his strengths.  Often times, leaders only assign challenging projects to the most seasoned team members, however it is important to give less experienced employees a chance to shine, and coach them as needed.

Coaching– There is no doubt that Villanova is a champion team because it was led by a championship coach, however there are two parts to this equation.  On one hand, a stellar coach is critical, but a willingness on behalf of the players, or team members, to be coached, is equally important.  Jenkins reinforced the Wildcats’ willingness to be coached when he stated, “You know, this team, we accept coaching, we listen to our coaching staff…But for us to make the adjustments that coach told us to make, for us to just go out there and compete, man, we played hard.”