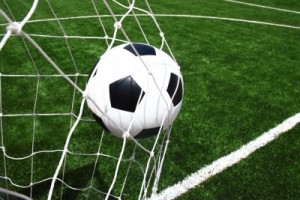 Edmonton set an attendance record of 53,058 on the opening match for a Canadian national team home game.

Edmonton hosted the most matches of any Canadian host city—11 matches on 8 nights with attendance of more than 200,000.

Overall ticket sales for the tournament were more than $1.35 million which smashed previous tournament records.

Edmonton Tourism said that the month-long tournament is projected to inject $48.5 million into the Edmonton visitor economy.

Synergy created by teamwork is always greater than the sum of any team member’s individual talents, experience and contribution.  The perseverance of the United States team enabled them to beat Japan 5-2 to win its first World Cup since 1999.  Abby Wambach spent more than a decade on the US national team before leading her team to victory.

Here are the three key Dale Carnegie Human relations principles she applied to ultimately lead her team to victory.

‘Appeal to Nobler Motives’– Wambach has become an athletic icon not for her skills as a tremendous athlete, but because she gracefully accepted a seat on the bench at the beginning of the game.  Despite scoring more international goals than anyone in history, she willingly allowed her teammates to steal her spotlight.  This demonstrates her strong character and ability to appeal to nobler motives—she gave them a chance at glory and put her pride aside.

‘Cooperate with the inevitable’– At the age of 35, and having invested so many years in developing her soccer skills, Wambach wanted nothing more than to win this World Cup.  Instead of allowing her ego to take charge and lamenting about being a substitute in the game, she sat down and cheered her team on.  She said of her new spot on the bench, “…I appreciate it. I’m taking it in. I’m not upset. I accept my role.”  Cooperating with the inevitable minimizes worry and anxiety.  By focusing on how we can support fellow team members, whether competing in a high stakes game or developing the latest and greatest product, we can make the best of what initially seems like a suboptimal situation.

‘Try honestly to see things from the other person’s point of view’– Despite wanting to win the World Cup more than anything, Wambach was empathetic to teammates even when they made mistakes.  During the semifinal against Germany, she told fellow teammate Johnston, “We’re all going to make mistakes. Don’t worry about it. We have each other’s backs.”  When stakes are high, it is critical to encourage rather than discourage team members.  By considering others’ point of view in lieu of selfishly focusing on our own needs and wants, we help build team members up to attain, or in this case, to score, the winning goal.