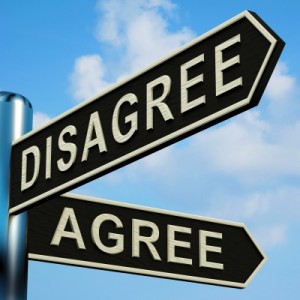 Disagreement is a natural dynamic between people—especially when in a meeting where multiple solutions are proposed by your colleagues. Choosing one solution inevitably results in disagreeing with another team member’s proposal.

When left unresolved, disagreements can become problematic as the inherent conflict drains employees’ time, energy, confidence and productivity. The last thing you want to do is to appear too direct or aggressive amongst colleagues, members of management, clients and/or strategic partners.

Successfully resolving workplace disagreements yields many dividends including mutual respect, positive relationships and a sense of trust. Learning to express your opinion in a manner that fosters acceptance and agreeable outcomes will enable you to save face and maintain healthy working relationships.