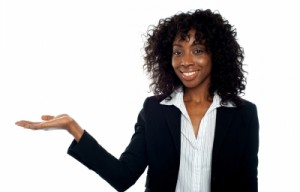 How true is the mantra, “You only get one chance to make a first impression?” According to a Science Daily study, first judgments of people are so strong they often trump even what is learned later on about those people and that “even fact will not change first impressions.”

If you feel awkward or nervous when meeting someone for the first time, follow these four steps to make a fabulous first impression.

Dale Carnegie’s 19th Human Relations principle is, ‘Appeal to noble motives.’ Before you even leave your home for the next sales pitch or networking event, dress your best. The findings in the same aforementioned study revealed that participants were more likely to make judgments based solely on appearance when they had less time to make a decision. Your appearance should be polished as well as your presentation, sales collateral, resume, etc. Even if attire requirements are stated as Business Casual, select the best outfit you possibly can and make sure you are well-groomed. This will improve others’ perceptions of you and also increase your confidence.

Dale Carnegie’s 6th Human Relations principle is, ‘Remember that a person’s name is to that person the sweetest and most important sound in any language.’ Think about how you feel when someone remembers your name—like a million dollars! This is because a person’s name is the strongest connection to his or her identity and individuality. Using their name communicates respect and courtesy, and demonstrates that you paid attention to them the first time you met. When forming an association between the person’s visual appearance and name, the brain fires synapses that help one’s ability to later recall the person’s name, so repeat it as often as possible.

When meeting a person for the first time, people usually inquire as to where the person works and lives; why they may be attending an event or conference; and where they went to college among other common questions. By asking questions, you will demonstrate that you sincerely are interested in the other person, not just what they can do for you. The fourth Human Relations principle is, ‘Become genuinely interested in other people.’ While most people claim that they cannot remember names due to a bad memory or poor listening skills, it is critical to learn tools to remember names which are taught in the Dale Carnegie course for Effective Communications and Human Relations.

A sure-fire way to leave a memorable and positive first impression is to ‘Give honest, sincere appreciation,’ –Dale Carnegie’s second Human Relations principle. When your conversation ends, shake the person’s hand, even if it is for the second time. Use the person’s name and say that you appreciate their time and enjoyed meeting them. This will improve your ability to recall their name when you encounter them again and demonstrate your sincere appreciation.