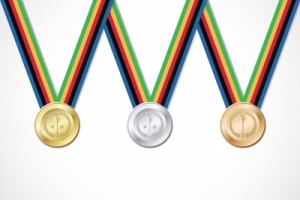 A recent Fortune article highlights one Olympian’s ability to turn stress into strength—and ultimate success. Emily Hughes was able to overcome obstacles of stress by following principles that exemplify Dale Carnegie’s formula for overcoming worry which is:

Growing up, Emily’s dad always emphasized that she was a “student-athlete” and that “student” came first. This meant that despite having to train five hours per day, she never took any breaks from studying. By living in “day-tight compartments,” she was able to maintain a serious focus on training for the Olympics while pursuing academic excellence including Emily’s insistence on taking an advanced honors chemistry course.

Later in life, when Emily was interviewing for a role at Google Fiber, she completed six hours of back-to-back interviews on site at Google with confidence and ease. Instead of spending time worrying about how she would perform, she focused on doing well in each interview and succeeded by being selected as the best candidate.

Instead of allowing worry to compromise Emily’s health and usurp her opportunities, she focused on her future. She landed a business analyst role at Google last November and attributes her love of competition and ‘an extraordinary tolerance for risk-taking and failure,’ for getting the job.

The next time you’re faced with worry of Olympic proportions, follow Dale Carnegie’s formula for overcoming worry and you too shall conquer.