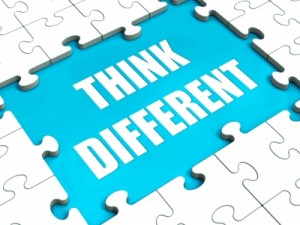 Dale Carnegie talked with conviction about this subject of being yourself because he felt deeply about it. He knew from bitter and costly experience. When he first came to New York from the cornfields of Missouri, he enrolled in the American Academy of Dramatic Arts. He aspired to be an actor. His plan—which he thought was brilliant—was to study how the famous actors of that day—including John Drew, Walter Hampden, and Otis Skinner—got their effects. Then he would imitate the best points of each one of them and make himself into a shining, triumphant combination of all of them.

Well, it didn’t work out that way. Carnegie admittedly wasted years of his life imitating other people before it penetrated through his thick Missouri skull that he had to be himself, and that he couldn’t possibly be anyone else. Even his first attempt to write a book on public speaking was a failure because he tried to borrow the ideas of a lot of other writers and compile them in one book. But this hodgepodge of other men’s ideas was so synthetic, so dull, that no businessman would ever plod through it.

The idea of not trying to be someone he wasn’t really didn’t penetrate until Carnegie learned of a lesson from Sir Walter Raleigh, a professor of English literature at Oxford back in 1904, who said, “I can’t write a book commensurate with Shakespeare, but I can write a book by me.”

From that point forward Dale Carnegie vowed to be himself and the rest, as they say, is history!