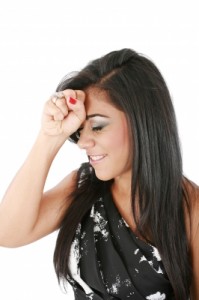 Everyone has moments they’d rather forget and relive. And everyone—at one time or another—has blamed their problems on others instead of taking stock of themselves and changing things.

Dale Carnegie readily admitted that he used to blame his troubles on other people; but as he grew older and wise, he realized that he, himself, in the final analysis, was to blame for almost all his misfortunes. As Napoleon once said at St. Helena, “No one but myself can be blamed for my fall. I have been my own greatest enemy—the cause of my own disastrous fate.”

Carnegie used Ben Franklin as an example. Franklin gave himself a severe going-over every night and discovered that he had thirteen serious faults. Among them were wasting time, stewing around over trifle matters, and arguing and contradicting people. Ben Franklin knew that, unless he eliminated these handicaps, he wasn’t going to get very far. So he battled with one of his shortcomings every day for a week, and kept a record of who had won each day’s slugging match.

The next week, he would pick out another bad habit, put on the gloves, and when the bell rang he would come out of his corner fighting. Franklin kept up this battle with his faults every week for more than two years, and eventually became one of the best-loved and most influential men this nation ever produced!

Remember that it takes a big person to do what Ben Franklin did. So why not start today and keep a record of the foolish things you’ve done and offer some honest criticism of yourself? It’s the first step towards becoming a person that will be truly revered by others.